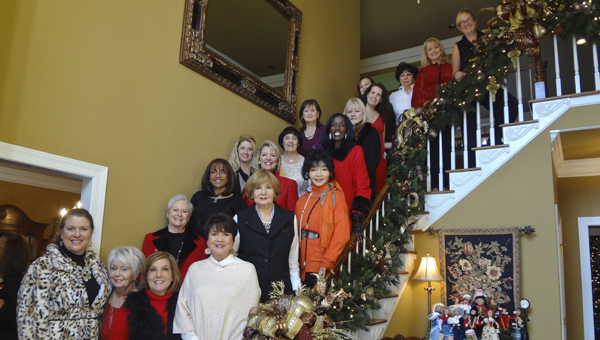 Members of the Greystone Ladies Club board get together for a group picture during the club’s annual Christmas party Dec. 10. (Reporter Photo/Emily Sparacino)

HOOVER – The Greystone Ladies Club held its annual Christmas party Dec. 10 and collected donations for Hannah Home, one of the charities it supports.

Nearly 30 women gathered in the home of club member Janie Dollar to celebrate and continue the club’s charitable efforts over the last year.

“We just want to be a blessing this year,” President Mechelle Wilder said. “We have really raised a lot of money, which will help our charities.” 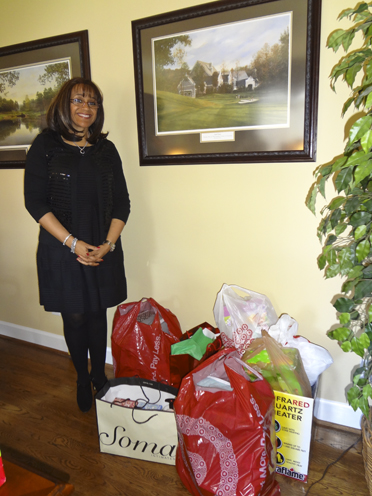 Wilder said the group helped 17 children by raising $3,300 for the Shelby County Department of Human Resources to purchase Christmas gifts.

For the third consecutive year, the club sold a Christmas tree decorated by its members and received $5,000, which will benefit Children’s Hospital of Alabama.

Members brought twin sheet sets, bath towels, washcloths and money to the Christmas party for Hannah Home Shelby, which provides shelter for abused and homeless women and their children.

“We have women who put volunteer hours in,” Wilder said. “We’re very community-minded.”