XTERRA returning to OMSP May 16 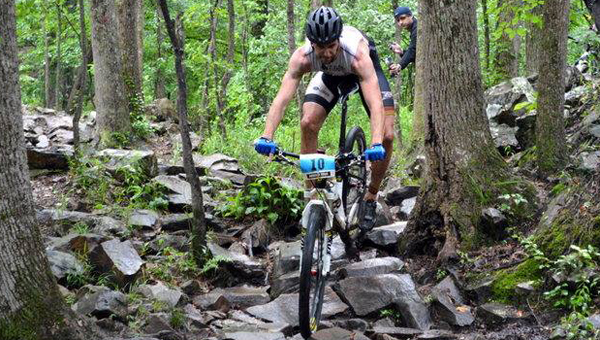 PELHAM—USA Triathlon announced the 10th edition of the XTERRA Southeast Championship will be held at Oak Mountain State Park on May 16, 2015.

“Outdoor sports enthusiasts from around the world have discovered that Shelby County’s Oak Mountain State Park provides unparalleled resources,” Shelby County Manager Alex Dudchock wrote in a Dec. 16 news release. “Last year we had competitors from eight countries and more than 30 states. Our collaborations with the state of Alabama, city of Pelham, Birmingham Urban Mountain Pedalers and other organizations have made extensive improvements possible to the already top-rated course, creating a destination for the serious competitor or for those discovering the thrills of outdoor sports.”

Elite athletes will compete over a 1.5 kilometer swim, 30 kilometer mountain bike ride and a 10 kilometer trail run for $15,000 in prize money.

XTERRA will also offer a shorter distance sprint race consisting a 750 meter swim, a 15 kilometer mountain bike ride and a 5 kilometer trail run. Relay team events along with five, 10 and 15 kilometer races will also be available.

“We’re excited to bring the USAT National Championship to Oak Mountain State Park,” XTERRA World Tour managing director Dave Nicholas wrote. “The course itself is one of the best in the world and provides and honest challenge for participants. It’s also a great location to host a big event with a wealth of amenities, great food, tons of lodging options and the most welcoming locals you’ll find anywhere.”

Oak Mountain State Park was honored as one of America’s best trail destinations in Runner’s World Magazine and BUMP, the local trails advocacy group, has spent more than 100,000 hours designing and constructing new trails over the past 20 years.

In addition to the races, Oak Mountain offers numerous family activities, such as the Alabama Wildlife Center, the swimming beach, fishing, horseback riding, golfing, boat rental, and many more. Lodging, eating and shopping opportunities abound right outside the park.

“The city of Pelham is proud of its relationship with XTERRA. We are equally pleased with the partnership we have with Shelby County and Oak Mountain State Park. In light of this exciting news, the city pledges to help bring an unprecedented and world class event to Pelham and Shelby County,” Pelham Mayor Gary Waters wrote.

All XTERRA races are open to the public and registration will open soon at Xterrapelham.com.