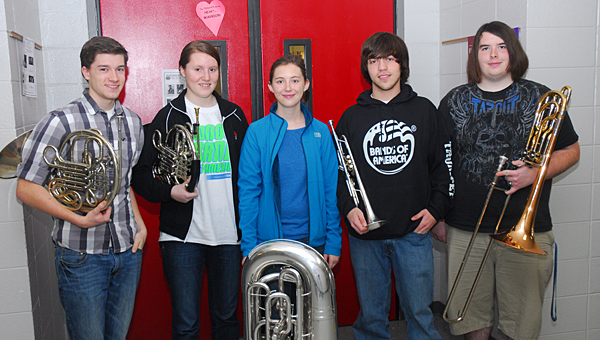 ALABASTER – Thompson High School junior Emma Fell still remembers where she was when she learned she was headed to Carnegie Hall in New York City to perform with one of the most prestigious ensembles in the nation.

“I was on my way to my car after school, and my mom called me and told me I had been selected,” Fell said during a Nov. 18 phone interview, noting she learned she was selected about a month ago. “I couldn’t believe it.”

Fell, who is also a drum major with the THS Marching Southern Sounds, will join elite student musicians from across the nation when she plays with the Honors Orchestra in February.

“Acceptance to the elite group is a direct result of the talent, dedication and achievements demonstrated in her application and audition recording,” read a press release from the WorldStrides company, which presents the Honors Performance Series.

Fell has studied music for six years, and participated in the Honor Band of America in 2014 alongside fellow THS musicians Taylor Drake, Ashton Bowles, Sam Ardovino and Mytchell Walker. She will play French horn during the February performance at Carnegie Hall.

“Those kids who were selected for the Honor Band of America were given the opportunity to audition for the Honors Orchestra,” Fell’s mother, Paige, said on Nov. 18. “She said she was going to give it a shot, and she was selected. I’m really proud of her.”

While in New York, Fell and about 500 high school musicians from across the country selected to perform during the concert series will study under master conductors, and will have a chance to tour New York City while preparing for the concert.

Emma Fell said her classmates and directors in the THS band are sharing in her excitement of performing in one of the most recognizable music venues in the world.

“Everybody has been really excited,” Fell said. “A lot of them have said ‘Can I go with you?’”