HOOVER – A man and woman from Columbiana were arrested in connection with multiple car break-ins in Riverchase.

Bradley Lane Hatcher, 19, and Hanna Kaytlin Gould, 19, both of Columbiana, were charged with unlawful breaking and entering a motor vehicle and illegal possession of a stolen credit card, according to a Hoover Police Department press release. 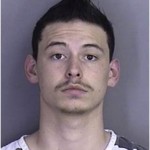 Hatcher was also charged with unlawful possession of a controlled substance.

Hoover patrol officers responded to a suspicious vehicle reportedly driving in the area of Willow Oak Drive in the Riverchase subdivision Dec. 18 at 4 a.m.

During a traffic stop, officers discovered numerous stolen items such as tools, purses, cell phones and GPS devices, which were traced to car break-ins that occurred shortly before the traffic stop.

Hatcher and Gould were the two occupants of the vehicle.

Gould and Hatcher were transferred from the Hoover City Jail to the Shelby County Jail on bonds of $10,000 and $15,000, respectively. 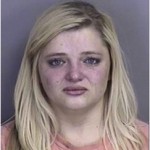 Residents are urged to always lock their car doors and to never leave valuable items in plain sight.