COLUMBIANA – A 32-year-old Wisconsin man will spend the next year on work release after he pleaded guilty to stealing more than 20 identities following his March arrest by the Pelham Police Department. 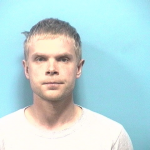 The Pelham Police Department arrested Kaupo Kotkas, who lists an address in the 2100 block of Lake Street in Algoma, Wis., on March 27 and charged him with one felony count of trafficking stolen identities and three felony counts of fraudulent use of a credit or debit card.

According to Pelham Deputy Police Chief Larry Palmer, Kotkas allegedly was in possession of 22 altered credit cards containing information on 22 separate victims when the suspect was taken into custody. Palmer said Kotkas altered the magnetic strips on the credit cards, allowing him to make purchases using the 22 victims’ information.

Kotkas pleaded guilty to the trafficking stolen identities charge on Dec. 3. Through a plea agreement, the three fraudulent use of a credit or debit card charges were dismissed.

Shelby County Circuit Court Judge Dan Reeves originally sentenced Kotkas to 10 years in the Alabama Penitentiary, but split the sentence to 12 months in the Shelby County work release program, followed by three years of supervised probation. Kotkas received 252 days of jail credit for time served before he was sentenced.

While he is serving with the Shelby County Work Release Center, he must maintain full-time employment and remit 40 percent of his gross income to the program. He began his sentence with the work release program on Dec. 3, according to court records.

Kotkas, a citizen of Estonia, was originally placed under a $30,000 bond following his arrest. However, his bond was raised to $100,000 following the district attorney’s recommendation identifying Kotkas as a flight risk.

He remained in the Shelby County Jail from the time of his arrest until he was released to the work release program. 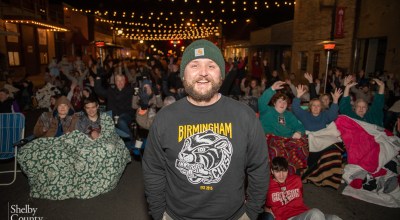