COLUMBIANA – A 53-year-old Birmingham man is being held in the Shelby County Jail on bonds totaling $45,000 after he allegedly stole a victim’s credit card and used it multiple times in early 2014. 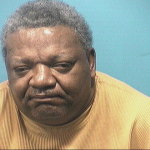 The Alabaster Police Department arrested Nathanial Gilmore Jr., who lists an address in the 7500 block of Georgia Road in Birmingham, on Dec. 28 and charged him with three felony counts of fraudulent use of a debit or credit card.

Gilmore’s charges came after he allegedly fraudulently used a victim’s Belk credit card on three separate occasions from Jan. 23-24, 2014, according to his arrest warrants.

As of Dec. 29, Gilmore was being held in the Shelby County Jail. He did not yet have a future court date listed.

Fraudulent use of a credit or debit card is a Class C felony, according to Alabama law. If convicted, Gilmore could face up to 10 years in prison per charge.

How to trash your tree this year