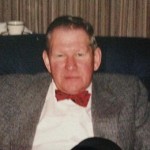 Robert “Bobby” Bowdon, of Calera, epitomized what it meant to be a part of the Calera community.

“He loved Calera, that is for sure, he loved living here and he definitely loved the people,” said Bowdon’s wife, Jan.

Bowdon, who died Thursday, December 25, 2014, at the age of 80, was a true native of Calera, having been raised there and returning to give back to the community after attending school and military duty.

Bowdon completed his high school education at the Marion Military Institute and then attended Auburn University and the University of Montevallo, where he studied business.

After college, Bowdon served a stint in the U.S. Army and was stationed in Germany.

Upon completing his military service, Bowdon returned to Calera to work with his father at his car dealership and economy store.

Over the years, Bowdon’s store became a staple in the community and he was known for his generosity and kind disposition.

“He supported the community in every way he could,” said Jan Bowdon. “He went to football games, community events and anything else he could go to.”

Bowdon was also known for helping others in any way he could.

“If he knew someone, or a family, had a need, he could help them with, he would go to them and work with them so they could have what they needed,” said Jan Bowdon. “Whether it was a washing machine or a couple of pieces of furniture, he would do what he could.”

According to his obituary, Bowdon was involved in all aspects of business until his health became in issue in 2013.