ALABASTER – The Alabaster Police Department has charged a 54-year-old man in connection with a Dec. 30 morning shooting off Simmsville Road, police announced on Dec. 31. 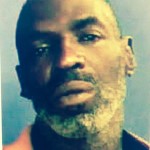 Alabaster Police Chief Curtis Rigney said the department received a call reporting a fight off Fifth Avenue Southeast shortly after 10 a.m. on Dec. 30. When officers arrived on the scene a short time later, they discovered a shooting occurred, but were unable to locate the victim or the suspect, Rigney said.

“About 20 minutes later, the victim showed up at Shelby Baptist with a gunshot wound to his hand,” Rigney said, noting the victim’s injuries were not life-threatening.

Rigney described the victim as a white male in his 40s, and said the suspect was a black male in his 50s wearing a yellow jacket who fled the scene on foot following the shooting.

A few hours after the shooting, Alabaster police identified the suspect as Sylvester Rhine, and asked anyone with information on Rhine’s whereabouts to contact the department at 663-7401.

A few hours after Alabaster police issued first-degree robbery and second-degree assault warrants on Rhine, officers located the suspect and took him into custody.

“It’s still really early in the investigation,” Rigney said on Dec. 30. “We are not really sure what led to the fight.”

Anyone with information related to the incident is encouraged to call Alabaster police at 663-7401.