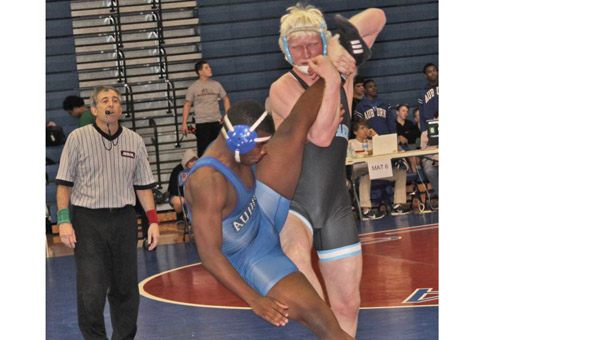 Oak Mountain also had many productive performances from its team. Michael John Harris, who won the 132-pound weight class in convincing fashion and scored 74 team points in the process, highlighted those performances. Alex Thomas placed second in the 106-pound weight class, as did Coleman Reeves in the 152-pound class. Rounding out Oak Mountain’s impressive tournament were third places finishes by Kenny Krishak and Armond Lloyd, of the 182-pound and 285-pound weight classes, respectively.

Complete team coverage for the Heart of Dixie tournament can be found at Trackwrestling.com.

Calera running back Shakeith Tyes set a school record for rushing yards in a single contest with 353 in an... read more