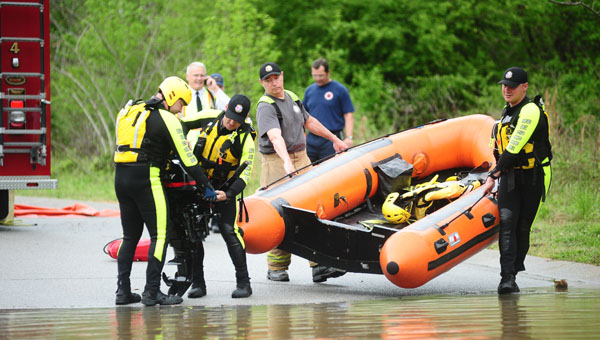 PELHAM—“These December rains just pushed everyone over the edge because we have already been through this and it’s just not a way of life,” said Adam Galey, talking about the flooding issues that he and numerous other residents of Chandalar Court have experienced in the last week.

Galey said that the residents had been through this before because of flooding that happened in April of 2014 leaving some homes under two feet of water, causing some residents to have to replace floors and drywall in their homes.

“Basically the water isn’t being redirected and it is flowing naturally as it is trying to get to the creek and our homes happen to be in that path,” said Galey. “We are asking them to put in a system of ditches or canals to redirect the water flow away from our homes and into the creek.”

Eddie McClain represented the group of concerned residents from Chandalar Court at the Pelham City Council meeting on Jan. 5.

“When the water rises, we flood,” said McClain. “It has happened two times in the last eight days and we have been trapped in and out of our buildings.”

McClain said that sometimes the flooding in the parking lot is too much to drive through and can get to depths of two feet. He says he wants to work with the city to get something done.

“We know it is not owned by the city,” said McClain. “But we are asking the city to help us in any avenue that they can to get in touch with the powers that be so that something can happen.”

City Council President Rick Hayes said that the flooding has been an issue for a while and is something the city is looking into.

“We have what is now a $1.2 million flood mitigation grant,” said Hayes. “Here recently it was finalized just last year and we are in the process of rolling that out now.”

Hayes says that the city of Pelham is in the process of conducting a study that could lessen the amount of flooding these areas are experiencing.