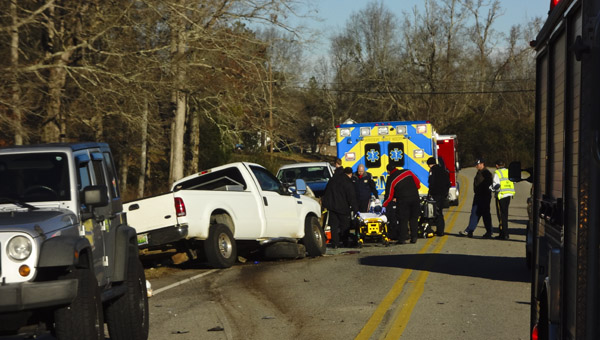 Of the five people injured, at least three were transported to nearby hospitals.

One person was transported by LifeSaver helicopter for precautionary reasons, Sumners said.

“Right now, nothing seems to be life-threatening,” Sumners said of the injuries, and added that no children were involved in the wreck.

Part of Shelby County 47 remained closed for more than an hour Tuesday morning as personnel worked to treat the victims and remove debris from the roadway.