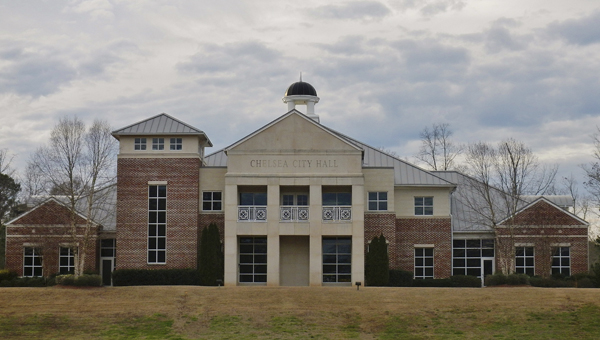 The Chelsea City Council invited Capt. Ken Burchfield and others from the Shelby County Sheriff’s Department to speak at a meeting Jan. 6 about recent break-ins and law enforcement presence in the area.

Mayor Earl Niven and the council invited Burchfield and others from the sheriff’s office to shed light on the city’s crime rate and current law enforcement agreement after comments surfaced on Facebook suggesting the city was experiencing a “crime spree” or an “uptick in crime,” namely in house and vehicle break-ins.

“The sheriff’s office has seen wonderful things from social media happen, and we’ve also experienced the negative side of social media, where somebody puts something out that’s not true and gets proliferated at a very fast rate until it becomes true,” Burchfield said.

A number of break-ins throughout the area were reported in one night right after Christmas, a rare event for Chelsea but not for the north end of the county from time to time, Burchfield said.

“We all regret there is any crime in Chelsea,” Burchfield said. “I want to be clear that, tonight, I’m not making any excuses.

“We want to catch everybody that commits a crime, but the truth is, we cannot. We do our best to prevent it. When it does happen, we do our best to apprehend the person and prosecute the person that did it. There is always going to be crime.”

Burchfield noted of 32 cases of unlawful breaking and entering a vehicle in Chelsea over the last six months, none involved locked vehicles.

“I am in no way trying to place the blame of theft on the property owner,” Burchfield said. “Lock your doors, hide your valuables, keep your valuables. These are opportunistic thieves.”

In place of a police department, Chelsea contracts with the Shelby County Sheriff’s Office to provide deputies to patrol, respond to calls and log time at each school in the area.

Chelsea also has a volunteer organization called Citizen Observer Patrol (C.O.P.), which is comprised of residents trained to assist county law enforcement officers in patrolling the city and reporting suspicious activity or other issues they see.

“A lot of times, you get on Facebook and you read things and you accept whatever’s out there is the gospel,” Niven said. “We know that ‘gospel’ is a very strong word.”

By NEAL WAGNER / Managing Editor COLUMBIANA – A 50-year-old Alabaster man is scheduled to appear in court in February... read more