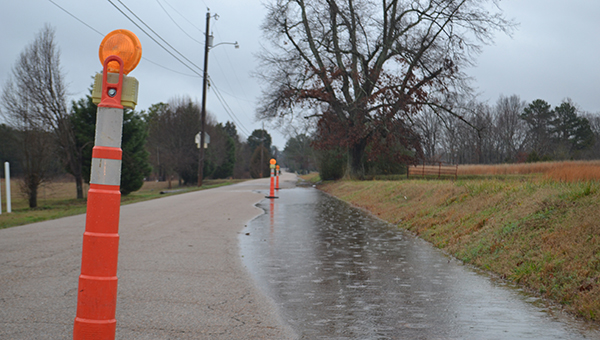 COLUMBIANA–The recent downpours of rain that hit the Shelby County area have caused more than just poor driving conditions in the city of Columbiana.

Columbiana is experiencing problems with sewage lines and overflowing, which are escalated when heavy amounts of rainfall occur.

A few weeks ago, Columbiana Piggly Wiggly employees were forced to use the Jack’s restaurant restrooms because of sewer problems.

The Columbiana City Council members recognize the problems and at the Tuesday, Jan. 6 City Council meeting, a plan to address the sewer problems was voted on and unanimously passed.

Engineer Consultant Dave Bechtel is preparing a plan to try and relieve the sewer problems and informed the council members at the meeting Tuesday night.

“We know a lot of the sewers are old and made out of clay pipe, which was probably put in when the city was first built,” said Bechtel. “What we can’t handle is water coming into the pipes from storm drains or from creek crossings where we have cracks in the pipe or splits. What I suggested to the mayor is start developing a plan in action to find out what we have.”

The first step in that plan is to conduct a flow study for 90 days. A flow study means that flow monitors will be set up in different places to see where the water is coming from according to Bechtel.

Columbiana Mayor Stancil Handley agreed that something needs to be done and wants to follow through with the plan.

“The biggest problem I see right now is all these lines we’ve got that are either collapsed or in danger of collapsing some of the clay pipes,” said Handley. “I want us to start containing this somehow and I think Dave will help us develop a plan and that the first step should be the flow study.”

A flow study for a city the size of Columbiana normally costs around $30,000 according to Bechtel.

A disc golfer takes a shot at the basket at the Inverness disc golf course of U.S. 280. Alabaster is... read more