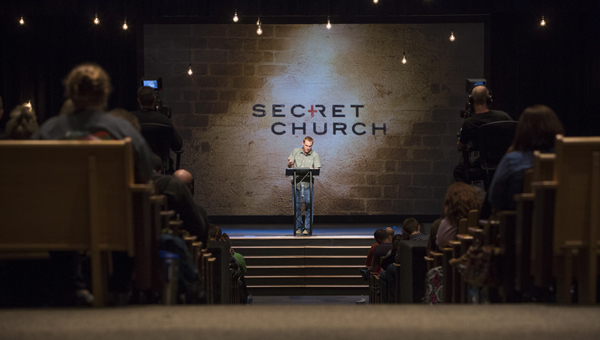 David Platt is intent on spreading the gospel of Christ to people who have never heard it, no matter where he works.

Platt, 36, has spent the last few months transitioning into his new role as president of the International Mission Board, an organization whose purpose is to plant churches all over the world and to get “the gospel to people who have never heard the gospel.”

“I want to spend my life where God leads to make his grace known, particularly to people who have never heard of Christ,” Platt said.

In September, Platt began the transition from serving as senior pastor at The Church at Brook Hills to being the leader of IMB.

He described his “shepherding” of the church congregation for eight years as a privilege.

“[I had] a mixture of emotions to say the least to step away from Brook Hills,” Platt said. “I already miss them deeply. We have loved our time in Birmingham.”

Platt said he and his family will continue to live in Birmingham for several more months and to be involved at the church before relocating, likely to Richmond, Va., where IMB is headquartered.

“From a personal standpoint, serving alongside David was one of the great joys and privileges of my professional career,” Brook Hills Executive Pastor Dennis Blythe said. “He is an incredibly godly man who walks with the Lord. I think I speak for the majority of the staff and congregation that I know of no one with greater passion and zeal for seeing the name of Christ preached to the nations where it hasn’t been named.”