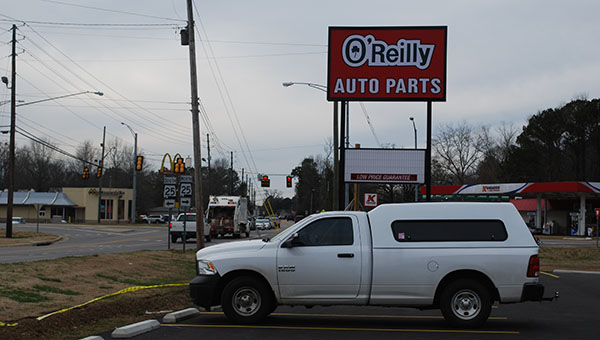 COLUMBIANA–The finishing touches are being completed and the O’Reilly Auto Parts store on 222 W College Street in Columbiana is set to open on Saturday, Jan. 17.

O’Reilly coming to Columbiana has been met with a positive reaction from the community.

“I welcome them to town, I think they’re going to be a fine addition,” said Columbiana Mayor Stancil Handley. “I’ve had a lot of people with calls who are excited. People who work on their cars after hours and on Sunday are driving to Calera or Alabaster to get their parts. They’re really appreciative that they will be able to stay here now.”

O’Reilly Auto Parts is one of a few new businesses that has opened in Columbiana in the past few months.