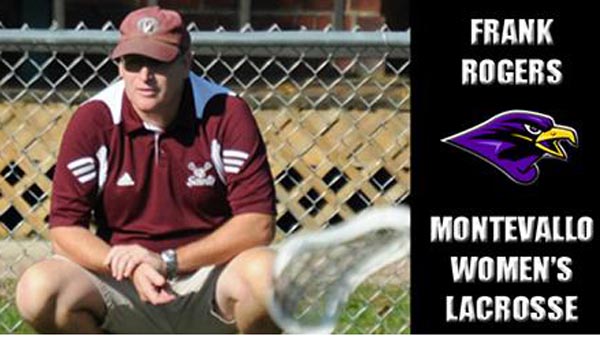 MONTEVALLO- Women’s lacrosse is the fastest growing sport in the country across Division I, II, and III athletics, and the University of Montevallo has become one of the latest schools to bring the sport to its campus.

Montevallo will begin its inaugural lacrosse season in 2016, and between now and then there are a number of steps that need to be completed, according to Richard and newly appointed head coach Frank Rogers.

“Recruiting is the biggest thing,” said Richard. “At this level, you’ve got to recruit every day. Frank has hit the ground running from a recruiting standpoint. We are finishing up a brand new track and lacrosse complex on campus that will be done in a few months, and that will help get girls here as well.”

Coach Rogers, who has been involved with lacrosse in some capacity for most of his life, is no stranger to starting a program.

“This is my third and last program I’m going to start,” said Rogers in a lighthearted tone.

Rogers, who was the women’s lacrosse coach Brevard College in North Carolina for the last year and a half, and the head coach at Aquinas College in Michigan for the previous five years, is excited about the opportunity to coach at Montevallo, citing the academics and aesthetic appeal of the campus as a few of many reasons to be excited about the Montevallo job.

“I’m very excited to be here,” Rogers said. “Getting the opportunity to provide young ladies with a strong academic setting and a chance to build this program at the same time is exciting.”

There are obvious challenges with starting a new athletic program out of nothing, such as recruiting and generating name recognition, according to Rogers and Richard. However, both men feel confident in the direction the upstart program is moving.

Rogers and Richard know they have a long way to go, but they said they are confident they’re taking the right steps to get the program where they believe it can go.