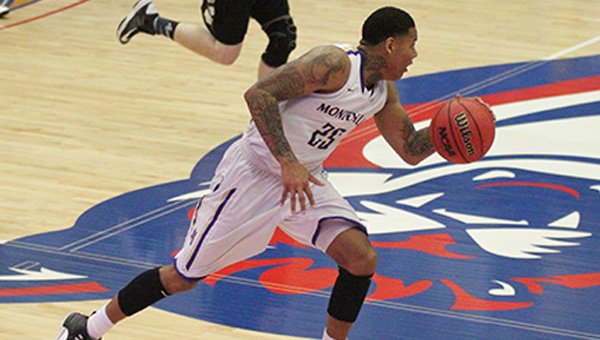 MONTEVALLO– After winning their first five games in the Peach Belt Conference, the University of Montevallo men’s basketball team dropped its matchup with UNC Pembroke, 91-75.

The Falcons got another strong performance from All-American Troran Brown. Brown had seven assists to go along with a team-high 20 points.

The senior was also 6-for-7 at the free throw line and was tied for the team lead in steals.

Off the bench, junior Bryant Orange had 13 points and made both of his three-point attempts.

Senior Shykeem Jackson had nine points and went 4-for-4 from the free throw line.

Senior Ryan May contributed 10 points and four assists in a game-high 37 minutes.

Montevallo (9-7, 5-1) is still tied for the lead in the PBC’s West Division, as North Georgia also lost on Saturdayafternoon.

The Falcons will hit the road on Wednesday, January 14, traveling to Young Harris for a matchup with the Mountain Lions.