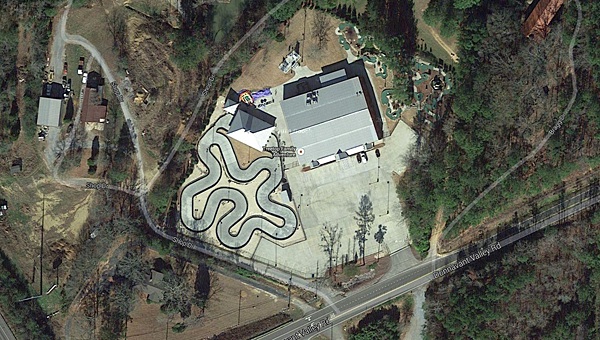 A lawsuit filed in 2013 by Shelby County against Tree Top Family Adventure in Chelsea claiming the park’s driveway is improperly connected to Dunnavant Valley Road is set to go to trial Feb. 19. (Contributed)

COLUMBIANA – The trial date for a lawsuit brought by Shelby County against an amusement park in Chelsea claiming the park improperly connected a driveway to Dunnavant Valley Road has been changed to Feb. 19, according to court documents.

The case was originally set to go to trial in December 2014.

In October 2013, Shelby County filed the lawsuit against Tree Top Family Adventure LLC and Jones Commercial Properties LLC seeking to block access to a driveway leading from Dunnavant Valley Road “without (first) obtaining a permit” for the road from the Shelby County Commission.

The County Commission passed a resolution in 2004 requiring entities to obtain a permit from the commission before constructing an access driveway connecting to a county road, according to the complaint filed by the county in 2013.

Tree Top owners submitted a plan to the commission in November 2009 seeking the driveway permit, and the commission responded with a request that a center left turn lane be added to Dunnavant Valley Road at the developer’s cost.

After the county and the developer attempted to reach a “mutually satisfactory solution,” the developers “proceeded to construct the access driveway without completing the permit application process,” according to the county’s complaint.