COLUMBIANA – A 55-year-old Alabaster man will spend the next 10 years in prison after he pleaded guilty to causing a crash with injuries while he was driving under the influence of alcohol in 2014. 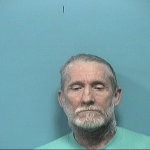 It was “at least” the man’s 25th drunken driving charge in multiple states, and his third in the past five years, according to the Shelby County District Attorney’s office.

David Louis Layne, who lists an address in the 300 block of Wooten Road in Alabaster, pleaded guilty to one felony count of driving under the influence and one misdemeanor count of third-degree assault during a Jan. 13 hearing in front of Shelby County Circuit Court Judge Dan Reeves.

According to Layne’s indictment, he drove under the influence of alcohol in Alabaster on Sept. 4, 2014, struck another vehicle and sent the vehicle’s driver to the hospital.

Because Layne caused injuries to another person, he was sentenced to 10 years in the Alabama Penitentiary – the maximum amount of prison time for a felony DUI charge. He received 142 days of jail credit for time served in the Shelby County Jail since his 2014 arrest.

Layne has remained in the Shelby County Jail on bonds totaling $100,000 since his arrest after the District Attorney’s office claimed he was a “danger to the public at large” in a bond recommendation filed with his arrest warrant.

Double Oak Community Church is undergoing an $875,000 renovation to change the gym into an educational space. (Contributed) By MOLLY... read more