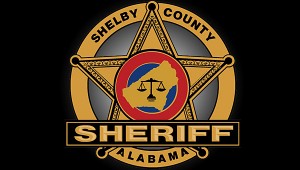 Most officers were sworn in on Jan. 10 at Samaniego’s inauguration but the officers who were sworn in during the Jan. 13 ceremony were on duty or unable to be present at the inaugural swearing in.

“Deputizing these officers allows them to carry out their law enforcement duties outside their municipal jurisdiction but within Shelby County,” said Hammac.

Samaniego addressed his new staff and let them know how appreciative he was for their hard work and service to their cities and county.

Officer Jason Barksdale from the Pelham Police Department was one of the municipal officers deputized during the ceremony.

“This is my first time being sworn in with Shelby County,” said Barksdale. “It feels good to know that I am extra covered with my county and within my city.”