Chelsea pulls away from Oxford in OT thriller 68-60 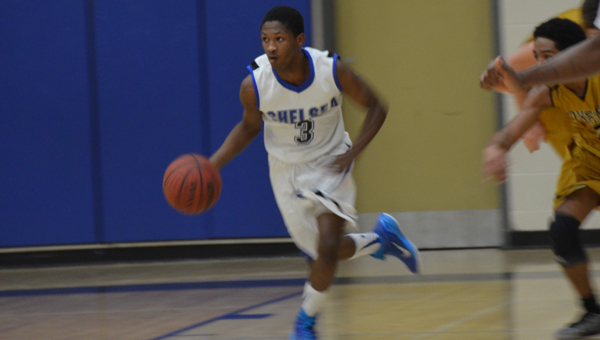 CHELSEA- In a game that required an extra period to decide, the Hornets of Chelsea were able to stave off the visiting Oxford Yellow Jackets in what turned out to be an instant classic.

This was a game that pitted the top schools from area 10 in 6A basketball against each other, with Oxford undefeated in area play and Chelsea standing at 1-1. This game was tight from the outset, with both teams trading blows throughout the evening.

The first quarter was even, up until a tough bucket from Darrell Foster gave the Hornets some breathing room at 10-6. Demetris McClendon was the lead antagonist of the evening for Chelsea, as he continually kept Oxford within striking distance, and a neat jumper from him brought the game back within two points early at 10-8. The home team then broke off a 7-2 run and took a 17-10 lead into the second quarter.

Chelsea continued to keep the pressure on, but McClendon would not be denied, scoring every second quarter point for Oxford as he did whatever he could to keep the Yellow Jackets within striking distance. Chelsea was able to sustain their lead behind a balanced scoring attack, dividing the second quarter scoring between Foster, Josh Pugh, Aaron Washington, Joseph Lanzi, David Simpson and Matthew Marquet to take a 28-21 lead into the half.

The momentum was clearly on Chelsea’s side at the halfway mark, as the Hornets were having success scoring inside, and were containing every Oxford player except for McClendon for most of the half. In the second half, the momentum began to shift. McClendon started up right where he had left off, scoring the first two points of the third quarter to make the score 28-23, but two quick buckets from Pugh and Foster, the score was back up to a nine point cushion for Chelsea, standing at 32-23.

At this point, Oxford began to find some offensive rhythm, as Kaleb Kidd and Querrin Moon got into the scoring column to help McClendon, who also connected from deep as the Yellow Jackets ripped off a 15-5 run, capped off by a Jacob Baker three at the buzzer to give the visitors a one-point, 38-37 edge at the the end of three.

The fourth quarter was a barrage of points for both teams, and the Hornets found themselves down two before two clutch Foster free throws sent the game into extra time.

McClendon finished with 32 points to lead all scorers, and Foster poured in 23 to lead the Hornets.

Spain Park in the midst of impressive season

Spain Park, shown here in action last season, is one of the best teams in class 7A this season. (Reporter... read more