Carlos DeAndre Mines, 20, was arrested on Jan. 14 after allegedly stealing a 2004 Chevrolet Avalanche from the J and R Food Mart on U.S. 31 in Pelham, then eluding police in a vehicular pursuit and foot chase. 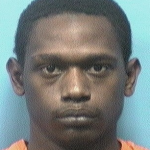 Mines was taken into custody in Jefferson County and was then extradited to the Shelby County Sheriffs Department at Birmingham Fire Station 32 on U.S. 280.

Mines, allegedly eluded law enforcement in a vehicular pursuit on Jan. 7 leading from Pelham to Birmingham. His attempted assault charge came after he allegedly struck a Pelham police vehicle with the vehicle he was operating, also earning him a criminal mischief charge for allegedly causing $2,500 in damages to the police car.

Mines is being held in the Shelby County Jail on bonds totaling $60,500.