COLUMBIANA – A 39-year-old Alabaster man who has been charged with allegedly fondling an underage victim is set to appear in court in late February, according to court documents filed on Jan. 15. 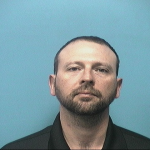 Alabaster resident James Michael Hooie originally was scheduled to appear in court for a preliminary hearing on Jan. 15, but the hearing was continued until Feb. 19 at 8:30 a.m. through an agreement between the defense and prosecuting attorneys.

The Alabaster Police Department arrested Hooie on Dec. 14 and charged him with three felony counts of first-degree sexual abuse.

The charges came after Hooie allegedly molested an underage female victim multiple times between 2012 and Dec. 11, according to his arrest warrants.

According to Shelby County Jail records, Hooie was released from jail on bonds totaling $15,000 the same day he was arrested.