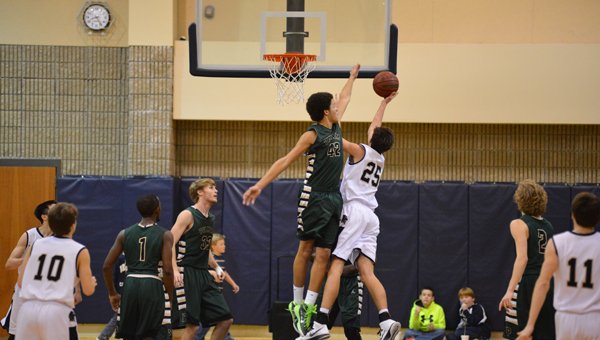 The Lion’s Thomas Collier put four points on the board accompanied by Carson Donnelly and Pierce Merry with four points, Justin Brown with two points and Drew Bonner with one point.

Brown led the way for the Lions in the second quarter, scoring eight points accompanied by Collier with three points.

The Panthers’ struggled in the second quarter, with Reese scoring five again and J.T. Kepler scoring one.

The third quarter ended with the Lions in the lead, 38-28.

The Lions struggled in the fourth only scoring nine points bringing the score at the end of the fourth to 47-47 and the game went into over time.

Brown put up four points for the Lions and Collier scored three bringing the Lions to 54.

Pelham’s Allison scored seven points in overtime, followed by Rottier with three and Reese with two.

The final score of the game 59-54 in favor of the Panthers.