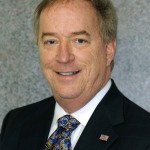 “Chuck Stark has the vision and the experience to lead Brookwood as a new chapter in the hospital’s history begins to unfold,” Gause said. “He has experience overseeing the operations of multiple healthcare facilities and systems, and he knows what it takes for these facilities to bring the best in service and care to the community.”

“I look forward to being part of the talented physician, employee and volunteer teams who have led Brookwood Medical Center in delivering high-quality healthcare and fostering innovation,” Stark said. “This is an exciting time to join Brookwood, and I think we are perfectly positioned to continue partnering with physicians in the care of their patients.”

During a 30-year career, Stark has served in various leadership roles at healthcare facilities and systems in both not-for-profit and proprietary settings. He most recently served as President and CEO of Columbus Regional Health in Georgia, a three-hospital system with a comprehensive cancer center and multiple joint ventures.

Stark served as President and CEO of Firelands Regional Health System in Sandusky, Ohio, between 2004 and 2012. During his tenure, Stark developed new models of collaboration with physicians and achieved national recognition for high quality outcomes. Stark also spent 13 years in executive roles at HealthSouth Corp., including heading design and development of the “Digital Hospital” project in Birmingham.