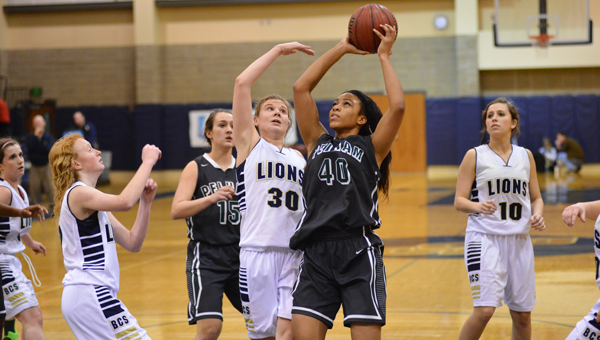 The game was a battle of defense. The Lions only scored eight points in the first quarter. Senior Lindy Summerford contributed three of those points, accompanied by Shelly Proctor with another three and Amelia Moore with two.

The Panthers trailed at the end of the first with only four points scored by Jordan Allison and Kelli Jones.

Both teams gained some momentum in the third quarter. The Lions’ Lindy Summerford, Ellie Tarence and Molly McKenzie all scored three points followed by Shelly Proctor with two points for a total of 11 points for the Lions in the third.

Kelli Jones put six points on the board for the Panthers in the third quarter and was accompanied by Alex Schrick with three points and Jordan Allison with two points.

The third quarter ended with the Lions still leading 25-22.

The Panthers struggled in the fourth, only scoring two points put up by Kiara Roper.

The Pelham girls basketball team will play the Homewood Patriots on Friday, Jan. 23, at 6 p.m. at Homewood High School.