OMES to implement The Leader in Me 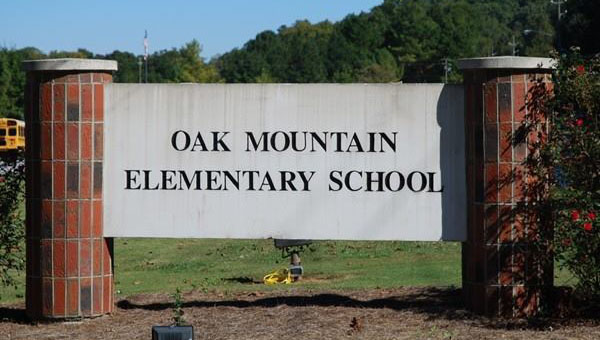 Oak Mountain Elementary School will launch The Leader in Me for the 2015-2016 academic year, school officials confirmed. (Contributed)

NORTH SHELBY—Oak Mountain Elementary School is taking another step to foster leadership among students. The school will officially become a “Leader in Me” school next fall, OMES Principal Debbie Horton confirmed.

Drawing from “The 7 Habits of Highly Effective People” by Stephen Covey, Leader in Me schools teach and promote seven “habits” among students to foster success and leadership: “Be proactive,” “begin with the end in mind,” “put first things first,” “think win-win,” “seek first to understand,” “synergize” and “sharpen the saw.”

“It’s a process for thinking… It’s common sense, but it’s common sense with intent,” Horton said. “It’s teaching kids how to, at a young age, form those habits in their mind so it becomes second nature.”

The seven habits encourage collaboration, respect for others and problem solving, along with build leadership and help each student “find your voice and be able to lead yourself and your peers,” Horton explained.

Horton said she was inspired to start The Leader in Me at OMES after attending a conference in Kentucky. She posed the idea to the faculty and received overwhelming support.

OMES faculty have put in many hours of preparation for next year’s launch of The Leader in Me, including a book study and large-group discussion of Covey’s book.

“I bought everybody a book, from the bus drivers to the cafeteria staff,” Horton said. “Everybody had their takeaway moments.”

A leadership team of OMES faculty will attend a conference in Athens and observe how The Leader in Me is implemented in other schools. Finally, over the summer, teachers will go through three days of training in preparation for the school year.

“It’s a world-class process,” Horton said, noting the amount of time and energy that has gone into preparing for The Leader in me. “You want to make sure if you;re going to do it, you’re doing it right.”

Horton said the seven habits are “very applicable” to the OMES curriculum, and some teachers have already started to work them into lesson plans. Additionally, Horton said the habits are things the children already have “embedded within them.”

“It’s been amazing to hear (the teachers’) conversations of the things their kids do naturally,” Horton said. “The kids really can do this.”