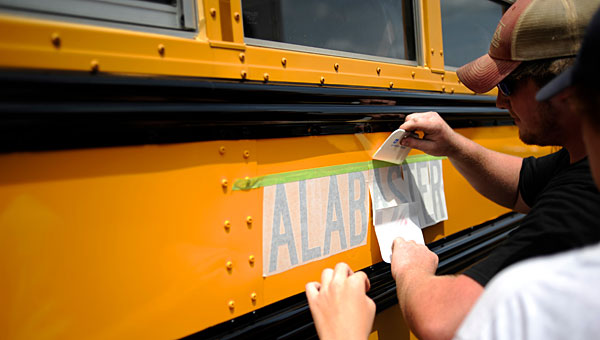 ALABASTER – More Alabaster students will be cooler while riding school buses once the weather begins warming up, as the city’s Board of Education approved the purchase of five new buses during a recent meeting.

The School Board voted during its Jan. 12 meeting to purchase five new 72-passenger school buses at a cost of $89,225.83 apiece. Alabaster School Superintendent Dr. Wayne Vickers said fleet renewal funds, which are provided to the state’s public school systems by the Alabama Department of Education each year, will cover “all but about $50,000” of the cost of the five new buses.

The five new buses will have air conditioning and cargo space to allow easier travel to field trips, athletic trips and other events, Vickers said.

Alabaster City Schools began adding air-conditioned buses to its fleet in February 2014, when the School Board voted to purchase the system’s first five air-conditioned, 72-passenger buses.

Vickers said the school system is planning to eventually replace its entire fleet with the new buses by taking older buses out of service each time new vehicles are purchased.

OMES to implement The Leader in Me

Oak Mountain Elementary School will launch The Leader in Me for the 2015-2016 academic year, school officials confirmed. (Contributed) By... read more