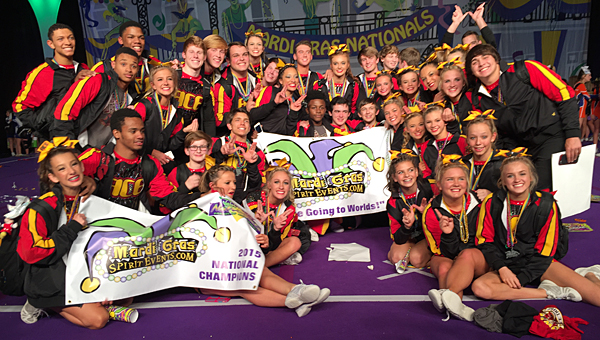 April Brown couldn’t hold back the tears as she watched her daughter, Alyssa, and her cheerleading team as they gathered to pray around the team’s coach after a Jan. 18 competition in New Orleans.

“They all gathered together as a team and surrounded the coach and just prayed. They gave all the glory to God,” April Brown said during a Jan. 21 interview. “It was very touching.”

Alyssa, who is a 14-year-old student at Alabaster’s Thompson Middle School, and her cheerleading team, the Homewood-based ACE Warriors, had just achieved a rare honor in the cheerleading circuit by winning a paid bid to the Cheerleading World Competition.

“You can get a bid to worlds, but it’s much more difficult to get a paid bid,” April Brown said. “It’s a very select bid that goes to the top-scoring team at each competition.” 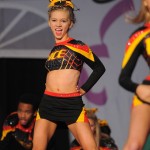 The value of the paid bid is based on the number of cheerleaders on the team. Because there are 36 cheerleaders on the ACE Warriors team, their hard work earned them a bid worth $25,000, which will fully pay their way to the World Competition at Disney World’s ESPN Wide World of Sports in late April.

The bid served as a fitting reward for Alyssa Brown, who has spent the majority of her life involved in competitive cheerleading. The TMS eighth-grader began cheerleading at the age of 5, and has been involved in the ACE Birmingham gym for the past three years.

“It has been wonderful to see her grow, not only in strength, but in her dedication to the sport and to her team,” April Brown said, noting Alyssa recently completed her first season cheering for the TMS football team. “She has really grown in the program.”

April Brown praised ACE Warriors coach Chris Treherne and owner Happy Hooper for their work in making the team one of the best in the nation each year.

“The coaches are amazing, the gym is amazing,” April Brown said. “They are trained very well.”