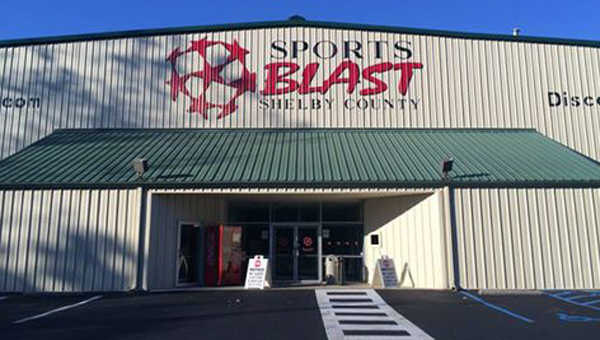 NORTH SHELBY- Sports Blast Shelby County is one of the largest indoor sports facilities in the state, and it is gearing up for their second indoor soccer season, which kicks off on Feb. 10. The facility is on the tail end of its first winter soccer season, which runs from Dec. 2-Feb. 5, and will have a quick turnaround before starting the next season.

Sports Blast is hosting the regional qualifier tournament this weekend for a chance to compete in the National Indoor Championships, and three teams who play at Sports Blast will be competing for those spots. According to facilities manager Jason Dunkerley, this is the premier place to play indoor soccer in the state, and one of the biggest facilities for the sport in the Southeast.

“Nothing is the size of us in the state for indoor soccer,” Dunkerly said.

Sports Blast offers five separate divisions of competition, including a coed league, an over 30 league, and three leagues of varying competitiveness.

“Our division 1 league is a lot of ex-college players and semi-professional players,” said Dunkerley. “The top division is very competitive.”

This is the 16th year Sports Blast has offered indoor soccer to adults, and have had consistently high participation.

“We’ve got 22 teams in our winter league going on right now, and each team has between 10-18 players,” said Dunkerley.