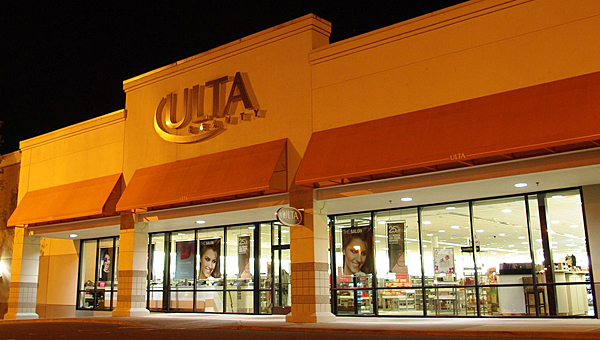 An Ulta Beauty store likely will open in Alabaster’s South Promenade by the end of October, according to city leaders. (Contributed)

A high-end beauty supply store is shooting to open in Alabaster’s South Promenade shopping center by the end of October, city leaders announced during a Jan. 22 work session.

“This is one of those destination shops that people come to a shopping center for,” Alabaster City Manager George Henry said during the work session. “It increases your trade area. People will come here who otherwise wouldn’t come here.”

The Highway 31/11 LLC development company, which owns the Dicks Sporting Goods property, also owns the former maurices property. The developer is preparing to expand the existing building on the property “by about two-and-a-half times,” making it a 70-foot-wide by 145-foot-deep building, Henry said.

“It’s a great, high-end store. The store closest to us in Patton Creek in Hoover does a great deal of revenue,” said state Sen. Cam Ward, R-Alabaster, who also is the executive director of the Alabaster Industrial Development Board. “It’s very positive, and we think it will do a lot of good for our community and our shopping center.”

The Alabaster City Council is considering an incentives package for the new store, and is preparing to have a public hearing on the matter in the next several weeks.

Through the incentives package, Highway 31/11 LLC will receive a rebate on a portion of the sales taxes Ulta generates over $15,000 per year for the first five years the store is open.