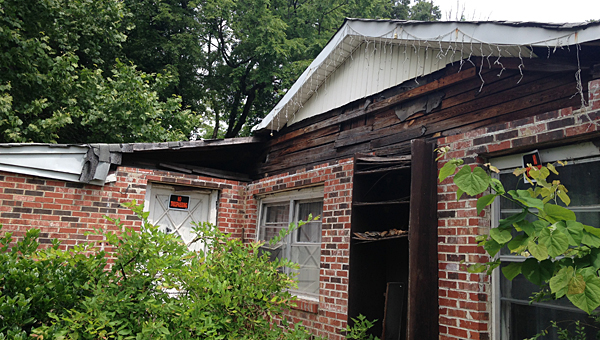 The Alabaster City Council is looking to approve the demolition of several dilapidated houses in the city, including this one at 731 First Street South. (Contributed)

ALABASTER – The Alabaster City Council is looking to demolish four dilapidated houses – three of which front U.S. 31 – and will seek pubic comment on the matter during upcoming public hearings.

The public hearings will be held during the council’s Feb. 23 meeting, which will start at 7 p.m. at Alabaster City Hall at 1953 Municipal Way.

The house at 731 First Street South has a partially caved-in roof, unsecured windows and disused Christmas lights hanging from the roof.

The Alabaster Housing and Abatement Board previously recommended the City Council approve the four homes’ demolition.

If the City Council agrees to demolish the homes, the property owners will have a certain amount of time to bring their property into compliance with city code before Alabaster pays a crew to tear down the structures.

If the city funds the demolitions, it will attach the cost as a lien on the properties.