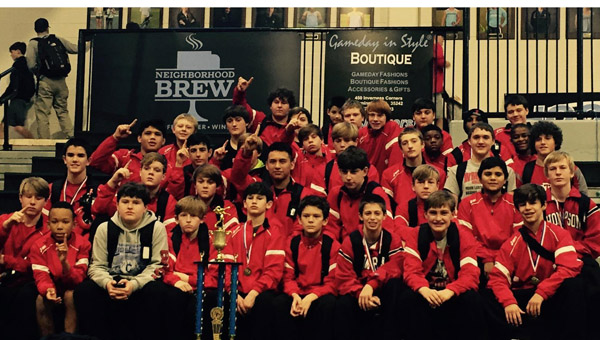 ALABASTER- The storied tradition of Thompson wrestling doesn’t seem to be in jeopardy of dropping off any time soon. The middle school wrestling team finished its season by winning both the individual and team first-place trophies at the Metro Championships. According to Jeff Ward, TMS father, the wrestlers “did not lose one round of competition and completely dominated the event.”

Head coach James Barnes and assistant coach Brad Jacks led the middle school team to its second first-place finish in a Metro Championship, and the first since 2008.

Paul Brown (2) of Helena goes up for a lay up. Brown had 13 points in the game. (Reporter Photo/Graham... read more