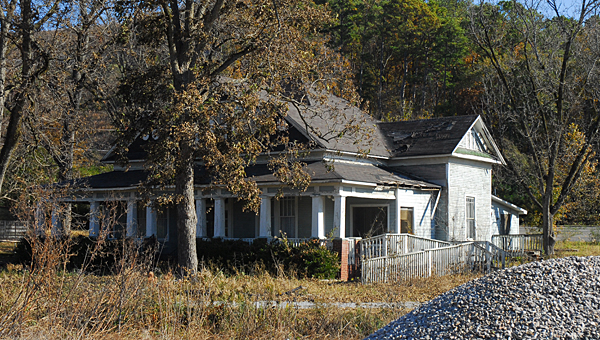 ALABASTER – The Alabaster Commercial Development Authority is continuing its efforts to spur development along Alabama 119, and recently voted to make an offer on the long-vacant former “Blue House Café” property.

During a Jan. 27 meeting, the CDA voted to make an offer on 1.93 acres along Alabama 119 in an effort to promote economic development in the area, said CDA Chairman and state Sen. Cam Ward, R-Alabaster.

The land originally was one piece of property, but it was split into two parcels when Alabama 119 was rerouted several years ago.

“We are very interested in helping to redevelop that corridor.” Ward said, noting some businesses have already expressed interest in coming to the area.

If the CDA purchases the properties in the future, the city will have more direct control over development on the properties, Ward said.

The CDA began discussing the possible land purchase during a November meeting, during which Ward said the board is looking to attract smaller “neighborhood-type businesses” along the heavily traveled road.

The CDA’s consideration of purchasing the 1.93 acres is part of a larger plan to promote development along Alabama 119 and in the Siluria community.

During a July 8 meeting, the Alabaster CDA approved an option agreement, which will allow the CDA the option of purchasing about 6 acres of Alabama 119 frontage property across from Thompson Intermediate School and the Montevallo Place apartment complex from Highway 119 Alabaster, LLC at an agreed-upon price.

The Walmart corporation has also submitted plans to construct a 41,920-square-foot Neighborhood Market grocery store near the intersection of Alabama 119 and Fulton Springs Road, which is about a half-mile south of the property being considered by the CDA.