COLUMBIANA – A 40-year-old Pelham man received a two-year prison sentence followed by five years of supervised probation after he pleaded guilty to one felony count of first-degree sexual abuse. 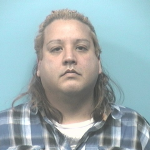 Reeves originally sentenced Vega to 10 years in prison, but split the sentence to two years in prison followed by five years of supervised probation. He received jail credit of two years for time served in the Shelby County Jail since his 2013 arrest.

The Shelby County Sheriff’s Office arrested Vega on March 11, 2013, and charged him with one count of sexual abuse of a child younger than 12. Through a plea agreement, Vega’s charge was lessened to first-degree sexual abuse.

According to his indictment, Vega subjected an underage victim to sexual contact between May 20, 2012 and Sept. 28, 2012.

As part of his sentence, Vega must complete a sex offender intervention program, and must avoid contact with the victim and the victim’s family.