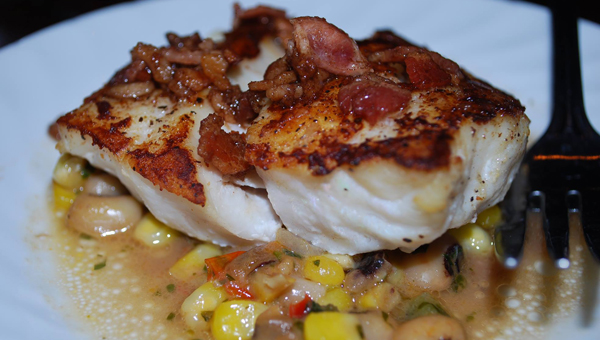 HOOVER—You don’t need to make the trip to the Gulf Coast to enjoy fresh, southern-style seafood. On Feb. 3, Dixie Fish Co. will re-open its doors, bringing the Alabama Gulf Coast to U.S. 280 with a new menu and renewed vision.

“He’s so passionate about food,” Deborah Primeaux said of Trent, noting he initiated the changes to the Dixie Fish Co. menu.

“The menu is definitely the biggest change, but it’s getting back to our original vision for the restaurant,” Deborah Primeaux said.

“We have the Gulf of Mexico right there, I wanted to support the local fishermen and the local economy,” Paul Primeaux added. “We have the best seafood in the world in our gulf and estuaries. We wanted to have fresh ingredients and we wanted to cook in a range of southern styles.”

“To be honest with you, it just didn’t work… We were not giving the people of Birmingham the food and service they deserve,” Paul Primeaux said, noting “consistency issues” with the previous menu. “We did away with the gumbo, we did away with the jambalaya.”

Now, the menu will feature five types of fresh-caught Gulf Coast fish along with Alabama classics such as corn and crab chowder and vegetable succotash.

In addition to new flavor, the entire staff of Dixie Fish is undergoing new training to prepare for the Feb. 3 re-opening.

By NEAL WAGNER / Managing Editor ALABASTER – A 32-year-old Alabaster man is facing up to 20 years in prison... read more