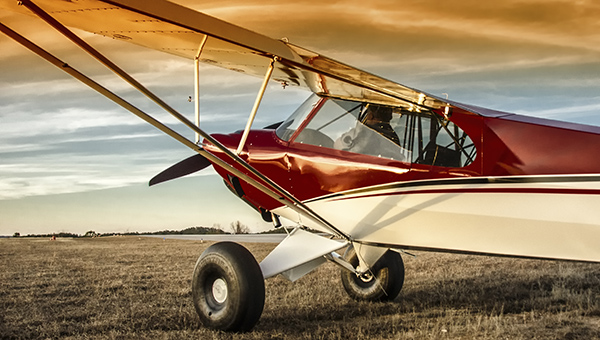 Don Wade sits in his newly built Carbon Cub EX aircraft. It took him and his crew about two months to build the plane. (Contributed)

HELENA–As a time-lapse photo slideshow played on a projector screen in the C&D Aviation hangar, everyone took the time to appreciate the hours of hard work and effort that went into building a plane.

This wasn’t just any plane, This was the iconic Carbon Cub EX aircraft known in the flying community as being a classic airplane and Don Wade, co-owner of C&D and owner of Country Boyz Heating and Air in Helena, spent the past two months with his team building the Carbon Cub kit.

“We drove up to Yakima, Washington and it was about a seven day drive,” said Wade. “We then spent another five days once we got there to learn about the kit and things like that.”

The plane was finally finished on Jan. 15, and that’s when Wade took the plane for it’s inaugural flight.

Wade has had a love for planes and flying ever since he was a kid and now plans to check a few things off his bucket list.

Two of those things include restoring a 1940s AT–6 Texan fighter trainer plane from World War II and taking his newly built Carbon Cub plane on a trip to Alaska in the fall.

Wade wants to spend 5-6 weeks in Alaska in order to experience everything Alaska has to offer, including the backcountry.

“I want to spend two or three weeks flying in the backcountry,” said Wade. “The airplane we built can land in a small thousand foot patch of property even with trees on the side and can land in different locations.”

As for the AT–6 plane, Wade views it as a bucket list item just as much as flying to Alaska.

“To get to tear this thing down to the bare metal and see how the engineers and all put it together, there was a lot of effort put into building these airplanes,” said Wade.

C&D Aviation at the Bessemer Airport has been in operation for about a year and Wade loves being able to help people restore planes or build their own kit.

“The reason we built this plane was because if someone wants to get a builder assist, they can bring the airplane here and use our facility and our tools,” said Wade. “We can teach you and show you work with you on building your airplane to shorten the timeframe it would take to build it.”

Wade works with his brother Ron and other family friends. Wade lives in Helena with his wife, Cathy.