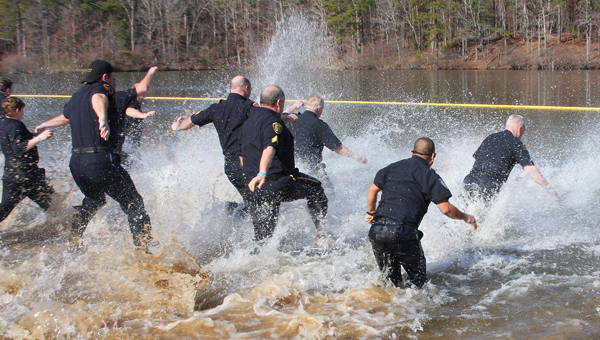 The Polar Plunge is the largest fundraising event in the country for Special Olympics.

“We want this to keep getting bigger and bigger every year,” said Mike Williams, a police officer for the city of Pelham and coordinator of the Polar Plunge fundraiser.

People and groups from all over Shelby County showed up to participate in the icy plunge.

There was a costume contest and Rogue Siren won best costume dressed as a mermaid.

“It’s really great to give back to the community and also to Special Olympics,” said Josh Rabon, a representative with 103.7 the Q. “ It is really fun to be out here and see everybody be so supportive.”

“This has raised a lot of awareness for people with developmental and intellectual disabilities,” said Williams. “This is a big fun event for the community. Everyone is having a blast out here today and that’s just it, having fun, raising awareness and raising money so that these wonderful people can go and compete and I’m so glad that we are able to help them do that.”

FROM STAFF REPORTS The Shelby County Sheriff’s Office is seeking information about two suspects who broke into a car in... read more