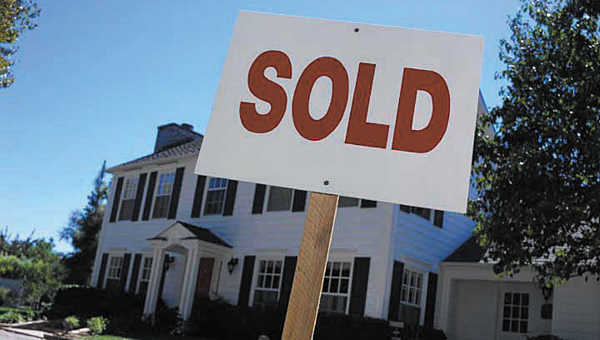 Alabaster saw a jump in its number of new homes in 2014 compared to the past several years. (File)

ALABASTER – Partially completed subdivisions scattered throughout Alabaster soon could become a thing of the past if the city’s 2014 number of new homes is any indication.

The city’s housing growth still isn’t where city leaders would like it, but 2014 marked a significant improvement over the past several years, according to year-end numbers filed by the Alabaster Department of Building Safety.

“It’s not back to where we would like it to be yet, but it’s definitely improving,” Ward 7 Alabaster Councilman Tommy Ryals said during a Feb. 3 phone interview. “We have said we would like to see it get back up to 100 or 200 (new homes) per year.”

Alabaster finished 2014 with a total of 77 new home building permits, marking the city’s highest number since the global housing market crash hit in 2008.

December 2014 also marked one the busiest months for the Department of Building Safety, as it issued 12 new permits for homes valued at a total of nearly $2.6 million.

While 2014 was a far cry from Alabaster’s busiest housing market years in the 1990s and early 2000s – during which the city issued several hundred housing permits each year – Ryals said he is optimistic about the direction Alabaster’s real estate market is heading.

“When you issue 700 permits a year, you can’t possibly keep up with that amount of growth with your city services,” Ryals said. “Two hundred or 300 is about the maximum we would like to see now.”

Alabaster’s 2014 housing growth didn’t come in one specific area, but rather in existing, unfinished subdivisions throughout the city, Ryals said.

“There were a lot of subdivisions that were started in 2008 that were never finished,” Ryals said. “The growth we saw last year helped to build out some of those subdivisions.

“Once those are built out, I think eventually we will see some requests for new subdivisions,”Ryals added.

UPDATED: I-65 reopened after crashes cleared

The Alabaster Police Department has closed one lane of I-65 after a pair of Feb. 3 wrecks on the road.... read more