Local featured on The Golf Channel 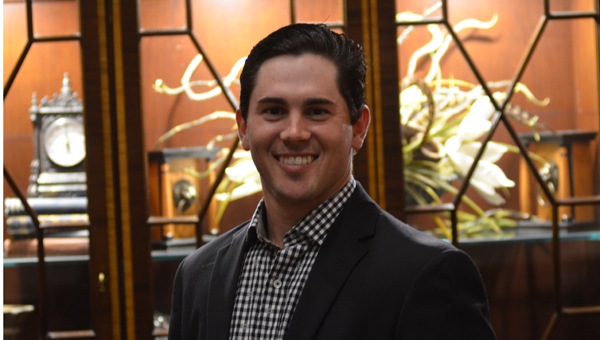 NORTH SHELBY- The Golf Channel is currently in its 23rd installment of “The Big Break.” The program has become a mainstay in the golfing community, and the show has garnered a national and international audience during its tenure.

The 23rd and most recent installment of the show was filmed in Palm Beach Gardens, Fla. at the PGA National Golf Club, which plays home the Professional Golfers’ Association of America and contains four 18-hole courses, according to Pga.com.

In this most recent installment, which premiered on Feb. 2 and will air for 13 weeks, the show is given some local flair in the form of contestant Zach Portemont. Portemont is from Andalusia and was chosen from more than 20,000 applicants to be one of 12 to come on the show.

Portemont was told to go interview for the show by friend and former “Big Break” champion Jimmy Brandt, who won over $180,000 in cash from his time on “Big Break Myrtle Beach.”

“I kind of laughed about it at first,” said Portemont. “I usually don’t do that kind of stuff. But I went in anyway, and luckily they liked my story and gave me a chance, so here we are.”

Portemont’s background certainly is unique. He started playing golf when he was 6, but couldn’t play as often as he liked due to familial circumstances.

“My upbringing was a little bit different,” Portemont said. “We grew up in a traveling amusement business, a carnival. So I spent every summer on the carnival rather than playing junior golf, so that slowed me down a little bit. I’ve been trying to catch up ever since.”

The journey has been bumpy for Portemont at times. After graduating from Troy in 2011 where he was team captain and one of the top players in the Sun Belt, he turned pro soon after and spent 2012 as a full-time golfer. However he hit a string of bad luck, and could not make ends meet playing anymore. In 2013, he put his professional aspirations on hold and went back to work.

He now works 40 hours a week at the Greystone Country Club off U.S. 280, and practices whenever he can around his work schedule. He does not complain about his lack of time on the course perfecting his swing compared to others, and goes about his business with a refreshing degree of humility. The opportunity presented to him by the show is just the kind of exposure Portemont hopes will lead to a resurgence of his professional career. As for the outcome of the show?

“You’ll have to watch and see,” Portemont said with a chuckle.

Jamal Johnson led Spain Park to a convincing win against Hoover on Feb. 2. Johnson had a game-high 22 points.... read more