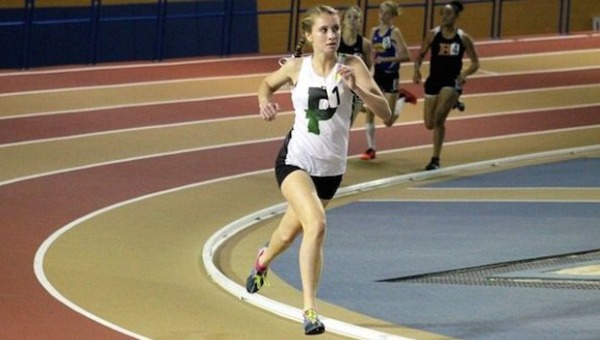 Mary Grace Strozier of Pelham won the 800 and 1600-meter runs at the Last Chance Invitational in Birmingham from Jan. 30-31. (Contributed)

BIRMINGHAM- On Jan. 30-31, Pelham, Thompson, Spain Park, Oak Mountain and Westminster School at Oak Mountain competed in the Last Chance Invitational held at the Birmingham Crossplex, which was hosted by the Alabama Indoor Track Association.

The Pelham girls’ team was the area winner on the day, placing third overall out of 36 teams competing. Mary Grace Strozier was the highlight of the day for Pelham, finishing first in the 800-meter run and the 1600-meter run for a personal point total of 20. Strozier won the 1600-meter run by an impressive nine seconds. Erin Hines of Pelham also finished first in the high jump. Zoe Shore of Spain Park placed sixth in the 3200-meter run, making her the only athlete to score for the Lady Jaguars. Pelham and Thompson finished sixth and seventh in the 4×800-meter relay.

The boys competition was highlighted by a seventh place finish from Spain Park behind effort from a number of athletes both on the track and in the field. Daniel Nixon finished third in the 800-meter run with a time of 1:58.75. Jeff Bannon finished fourth in the pole vault for the Jaguars, Jerome Kirkland finished fifth in the long jump and Christian Strong finished eighth in the 60-meter hurdles. The Spain Park 4×800-meter relay team also came in third on the day.

Cole Stidfole came in fourth in the 1600-meter run and Andrew Day finished eighth in the shot put for Oak Mountain to give the Eagles six points on the day.

Westminster School at Oak Mountain fishing club poses in front of the school in their uniforms. The club is in... read more