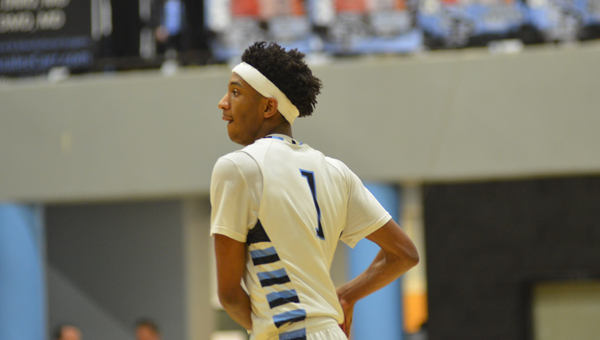 HOOVER- Spain Park continued its impressive boys season with a win against Hoover on Feb. 2. Hoover (22-8) and Spain Park (24-5) are two of the premier teams in the area, and two of the top teams in 7A across the state. The second-ranked Jaguars were able to turn their crosstown rival away with a statement 67-51 win.

The first half action saw Spain Park jump out to a 32-16 lead, doubling the offensive output of the Bucs. Hoover was able to use a 10-1 run to end the half with some momentum, and only went into the half trailing by seven, 33-26.

Spain Park came out of the gate at a dead sprint in the third quarter, blitzing the Bucs and going on a 25-9 run that encompassed the whole third quarter and put the game away for the Jaguars, making the score 58-35. The Jaguars went on to win the game by a final score of 67-51.

Jamal Johnson led all scorers on the evening with 22 points. Dylan Smith led the Bucs with 15.

The contest was the last regular season game for both teams, who now go into their respective area tournaments looking to make a memorable February run.

Spain Park will play Vestavia in the opening round of the 7A area 6 tournament which will take place at Mountain Brook on Feb. 5 at 6 p.m.