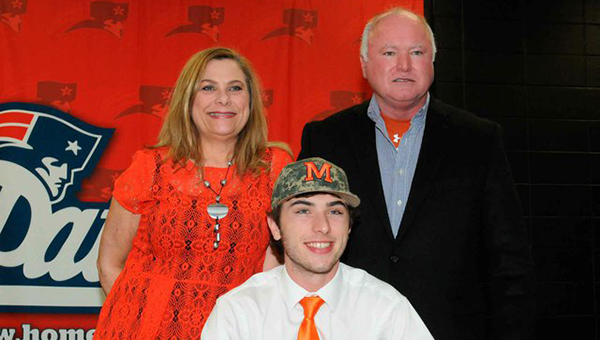 This year will be a year of significant milestones accomplished for both father and son.

March 1 will mark 20 years of service for Brian as a deputy at the Shelby County Sheriff’s Office and starting in the fall, Brett will enroll at MMI and join the baseball team.

Brett was awarded a dean’s scholarship and ALAPACT and earned one of the 14 roster spots on the baseball team out of 170 kids who tried out.

Brian attributed the years of hard work and training put in by Brett to help him achieve his goal of receiving a scholarship.

“I just want to let all fathers know that dreams can come true through hard work and perserverance, and when you least expect it the Lord moves his mighty hand,” said Brian.

Brett will be rooming with Hunter Orr at MMI, who plays baseball for Pelham High School. Both Brett and Orr have played on the same Team Easton summer travel ball team and will continue to play together collegiately.

Brett also played football for HHS for four years, and Brian said he believes that helped him gain a competitive edge for baseball.