COLUMBIANA – A 19-year-old Birmingham man who has been charged in connection with a January 2014 shooting in Montevallo and a 2013 armed robbery in Alabaster is seeking youthful offender status on the charges, according to Shelby County Circuit Court records. 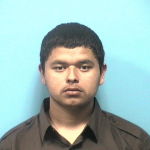 A public defender attorney for Kevin Valladares Gutierrez, who lists an address on Pinson Valley Parkway in Birmingham, has submitted a youthful offender application for the suspect. Circuit Court Judge Dan Reeves is scheduled to make a decision on the youthful offender application during a March 23 hearing at 8:30 a.m. in the Shelby County Courthouse.

If granted youthful offender status, Gutierrez would face a less severe range of punishment, and his court file would no longer be public record.

During the Alabaster incident, Gutierrez, Searcy and 23-year-old Helena resident Michael Antonio Laforty allegedly stole marijuana from an Alabaster man while Gutierrez was armed with a revolver. No injuries were reported in the Oct. 31 incident, according to court documents.

Gutierrez and Searcy have remained in the Shelby County Jail on bonds totaling $150,000 and $180,000, respectively, since their January arrests and Laforty was released on a $60,000 bond in March.

Laforty has been indicted on one count of first-degree robbery and is scheduled to appear in court for a hearing on April 28 at 8:30 a.m.

Searcy has been indicted on three first-degree robbery charges and one first-degree assault charge, and is set to appear in court for a hearing on April 27 at 8:30 a.m.