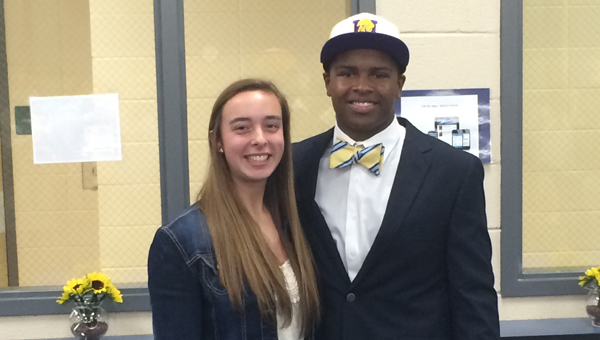 CHELSEA- On Feb. 5, Caiti Davis made her decision official; she will take her softball talents to Andrew College in Georgia where she will be a pitcher for the Lady Fighting Tigers.

Davis knew she wanted to play softball in college, but wasn’t necessarily sure where she would end up, saying when she began to look around for schools to play for, she was looking “just wherever anybody would take me.”

When Andrew approached Davis with interest, Davis was more than willing to oblige the team by going to try out. “I went down for a tryout and was lucky they offered a scholarship.”

Davis cited both the coaching staff and the campus as reasons why Andrew ended up being her school of choice.

“I love their coach, Kayla Williams,” Davis said. “She’s awesome. I love the campus too, how it’s small and not just overwhelming.”

Chelsea head softball coach Russell McCartey relayed how proud and impressed he was of Davis’ journey as a pitcher through her high school years. McCartey shared a story during the ceremony how he was not sure Davis would be a pitcher when she was younger in high school, but her transformation on the mound and as a leader has served as an inspiration for the team.

Softball has been Davis’s first love since she was a young girl, “since I was like five,” she said. “I’ve always wanted to play (softball) in college. It’s been my dream.”

Softball may have been her first love, but it was not her only high school sport. Davis was a member of the basketball team through her sophomore year, and has been a member of the volleyball team all through high school, but softball was always her primary focus. Now she will get the opportunity to hone her skills over the next four years.

Paul Brown (2) of Helena tries to drive around a Central defender. Helena lost 65-53 in the Class 5A Area... read more