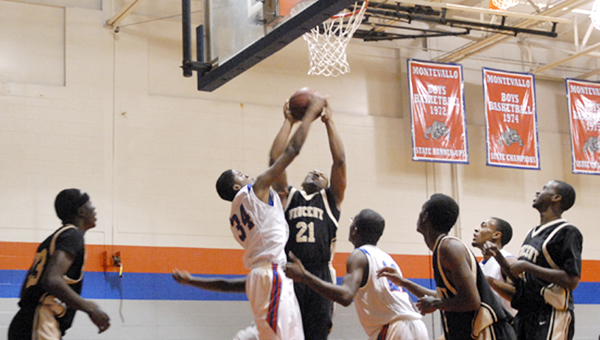 VINCENT- The Vincent Yellow Jackets followed their undefeated jaunt through the 2A area 9 regular season with a convincing win in the area tournament championship on Feb. 5. The victory, which came over the Thorsby Rebels, moves Vincent into sub-regional play on the right foot as they look to make a deep run in the state tournament.

Thorsby only scored in double-digits during one quarter on the night, being held to eight points, eight points, and five points in the other three. The first quarter saw the Yellow Jackets jump out to a 20-5 advantage.

This win followed on the heels of the Yellow Jackets’ win at Thorsby during the regular season, where they won on the road by a final of 63-40. In this game, since Vincent was the host of the area tournament, the Yellow Jackets had the added benefit of playing in front of their home crowd to give them an added boost.

Sophomore Stephen Campbell led the way for the Yellow Jackets on this night, posting 20 points off of 5 made three-pointers. Jace Green finished with 12 points and five rebounds for Vincent as well.

The Yellow Jackets will move into sub-regional play, and will play on Feb. 10.