ALABASTER – A 28-year-old Alabaster man is being held in the Shelby County Jail on a $30,000 bond after he was arrested and charged with allegedly raping a female victim in August 2014. 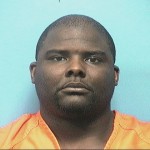 The Alabaster Police Department arrested William Rogers Young, who lists an address on Park Village Lane in Alabaster, on Feb. 4 and charged him with one count of first-degree rape.

Young’s arrest came after a Shelby County grand jury indicted the suspect on the felony charge in January. According to the indictment, Young allegedly did “intentionally engage in sexual intercourse with a female … by forcible compulsion” on Aug. 17, 2014.

First-degree rape is a Class A felony, according to Alabama law. If convicted of the crime, Young could face up to life in prison.

As of Feb. 9, Young did not have a future court date listed in Shelby County Circuit Court.

Culinary students put their skills to the test at Jeff State