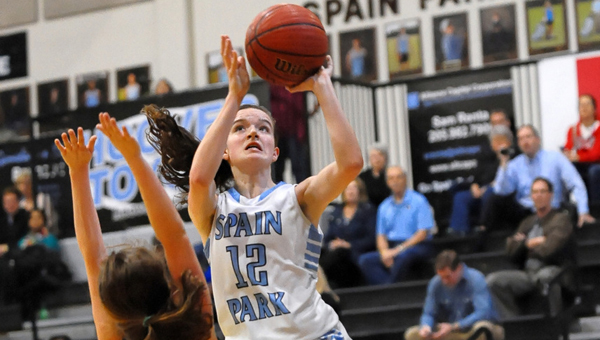 HOOVER- On Feb. 6, the Spain Park Lady Jaguars defeated the Mountain Brook Lady Eagles to claim their third straight 7A area 6 championship. Spain Park moved to 25-8 on the year and maintained its unblemished area record, moving to 7-0 in area play.

The Lady Jaguars have been strong all season, and have historically been a strong program over the last few years under coach Mike Chase, who has Spain Park once again poised to make a deep postseason run.

Victoria Baldwin led the way for the Lady Jaguars with 19 points during the contest.

After wrapping up the area championship, Spain Park now turns its attention toward the regional tournament where the Lady Jaguars will face Gadsden City on Thursday, Feb. 12 at 9 a.m. at Jacksonville State. If Spain Park wins that game, they will play the following Tuesday against either Huntsville or Mountain Brook for a chance to go to the Final Four.