COLUMBIANA–A 20-year-old Shelby man is being held in the Shelby County Jail after he was charged with first-degree robbery and first-degree criminal mischief. 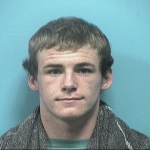 The Shelby County Sheriff’s Office arrested Joshua Earl Green, who lists an address in the 1500 block of Wilderness Trail in Shelby, on Feb. 8 and charged him with two felony counts of first-degree robbery and first-degree criminal mischief.

According to his arrest warrants, Green was charged with the felonies from an incident on Dec. 21, 2014 in which he allegedly “attempted to commit theft of a cell phone while armed with a deadly weapon or dangerous instrument” of a victim. He also allegedly “inflicted damage exceeding $2,500 to the victim’s vehicle gear-shift and steering column by means of an explosion.”

A preliminary hearing has been set for March 5, at 8:30 a.m. according to court documents.

Lauren Lilly has the Lady Bulldogs poised to make a run at the 4A Elite Eight if they can get... read more