HOOVER—A traffic stop on U.S. 280 led to the arrest of three Atlanta residents on felony charges of identity theft and receiving stolen property in the early hours of Feb. 9. 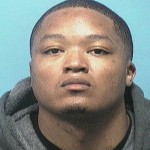 Shelby County Sheriff’s Office deputies arrested Jemarcus Demetrius Acholes, 23, Nikkia Nichole Huff, 31, and Daniel Verick Reed, 26, at approximately 2:30 a.m. on Feb. 9 after initiating a traffic stop on their vehicle for a moving violation, a press release from the SCSO confirmed. 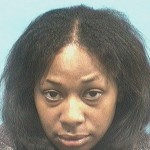 “During their initial contact with the driver and two passengers, deputies observed a large collection of U.S. mail, some of which contained business checks,” the release read. “After investigating further, patrol deputies identified multiple pieces of U.S. mail from local businesses along the Highway 280 corridor that were suspected to be unlawfully in the possession of the vehicle’s occupants.”

SCSO Lt. Clay Hammac credited the “proactive policing efforts” of the deputies in the Feb. 9 arrests.

Acholes, Huff and Reed are currently being held in the Shelby County Jail, each under bonds totaling $50,000.

“The investigation is ongoing,” Hammac said, noting the SCSO and U.S. Postal Inspectors are working together to investigate the case. “We are working with them… It is an excellent partnership with them.”

Identity theft is a rapidly growing crime, and Hammac cautioned all Shelby County residents to “monitor and protect” personal information and data.

“Identity theft is the fastest growing crime trend, not just in the United States, but across the globe,” Hammac said.